For the first time in nearly three years, the MCRC has a win on their home pitch! The Middlebury lads started strong against Plymouth State and never let up, winning the contest 22-0 on a beautiful day in Vermont.

Despite playing most of the first ten minutes within their own half, the MCRC came up with a huge held up ball in goal to prevent Plymouth State from taking an early lead. After that, it was all Blue. A couple Plymouth State penalties set up a lineout and a beautiful bit of passing from the MCRC back line ended with an offload from fullback Sam Madden ‘22 to winger Eli Horton ‘22 for the first try of the match. Plymouth attempted to catch the MCRC off-guard with a quick restart, but a heads up kick by fly-half Alex Milligan ‘25 set up outside center Red Douoguih ‘23 for the second MCRC try in as many minutes. Converting his own try, Douoguih put Middlebury up 12-0 in the early going.

Middlebury continued to play in the Plymouth half, helped by some huge scrums by the Blue Pack. With Plymouth hemmed in on a scrum from their own five meter line, flanker Lucas Donavan-Lafuente ‘23 picked the ball as it came out and dove across the line for the MCRC’s third try to put Middlebury up 17-0. The MCRC played stout defense for the rest of the first 40 minutes, keeping Plymouth pinned in their own half and on the defensive.

The second half was more of the same from the MCRC, as a sloppy Plymouth lineout in the Middlebury half reversed the field, and a quick ball through the hands gave winger Yuta Kato ‘22 the fourth try of the match to put Middlebury up 22-0, which held to the final whistle. For the try and for several key tackles on the edge, Kato was named the inaugural Man of the Match in the Fall 2021 season. 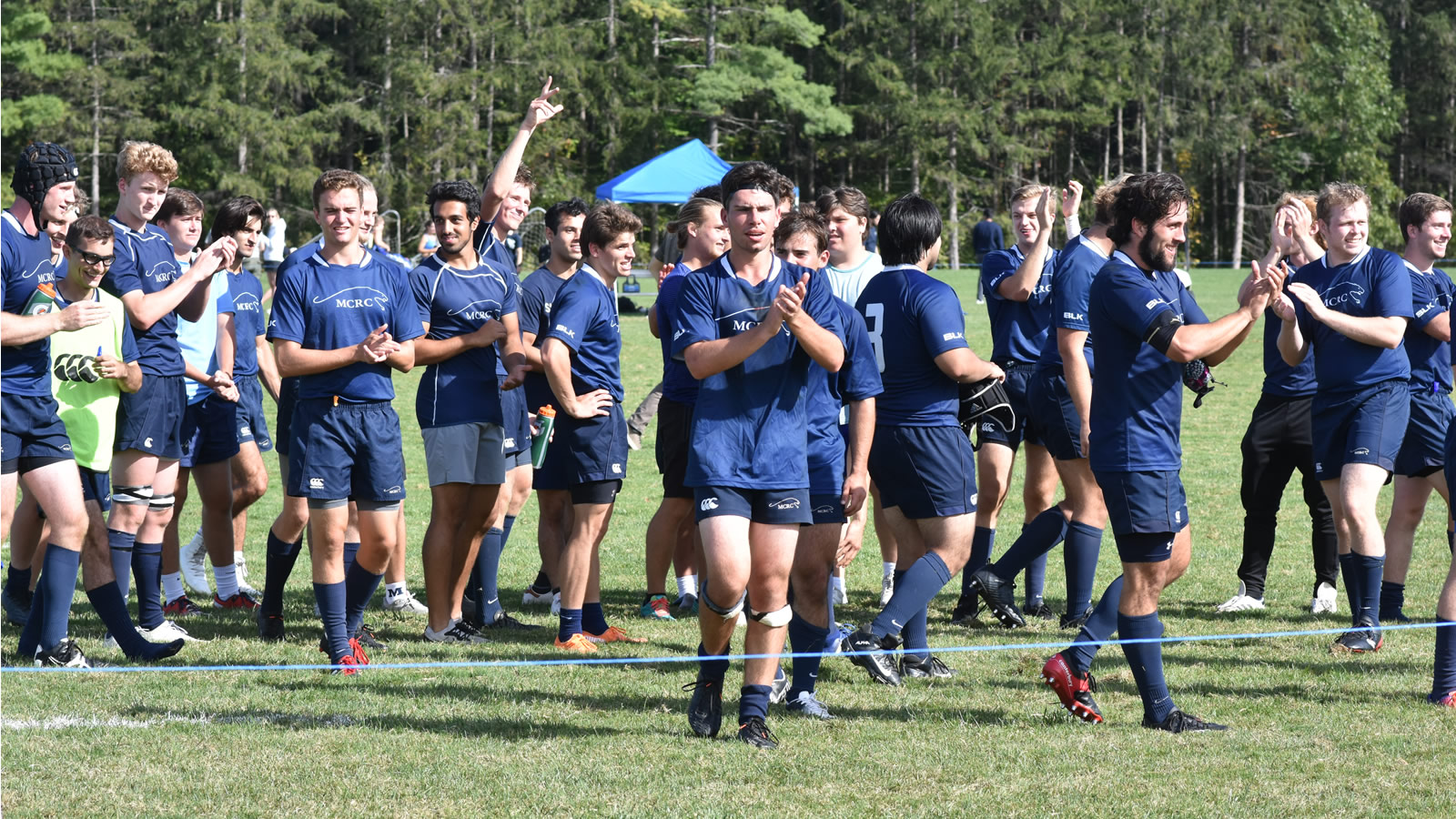 This first win was a big step for the MCRC as we look to return to postseason competition and the national tournament. A huge thank you to the fantastic crowd that came out to cheer on the lads! We hope to see more parents, alums, and friends of the club out in support as we aim to stay unbeaten at New Haven this Saturday, October 2nd, and for our return home against Eastern Connecticut State on the 9th. Stay tuned in to the Instagram and Twitter (both @themcrc) for live game updates and other club news as we continue our season!